For people who have been diagnosed with celiac disease or gluten intolerance as an adult, finding gluten-free alternatives to favorite foods and drinks can be challenging. One of the things many celiac patients say they miss the most is a great beer. Fortunately, the last few years have seen the development of many truly delicious beers which do not contain gluten.

The first gluten free beers relied almost entirely on sorghum or sorghum syrup. Some brewers strive to mimic the taste of traditional beer as closely as possible, while others use unconventional ingredients to provide flavors that make an enjoyable drink, but not necessarily one that tastes like beer.

This list of the best gluten-free beers,is based on factors such as popularity among beer-drinkers, gluten-free advocates and beer experts. Taste is a personal thing, so you may need to sample several different brands of gluten-free beer to find the one you like the best.

The first beer to be certified gluten-free by the United States, New Grist sorghum beer from Lakefront brewery is brewed in the pilsner style. Beer blogger The Beeronaut describes this beer as tasting slightly sour, but with the taste of traditional beer.

It is a decent alternative for the occasional beer-drinker, and has won a number of awards from the Brewers Association. Serious beer drinkers may find it a little boring now that there are gluten-free offerings that have expanded the taste and style of gluten-free beer. A six-pack costs around $9.

A lager-style offering from Anheuser-Busch, Redbridge is probably the most easily available gluten-free beer, carried by many mainstream grocery stores, restaurants and sports arenas. It was one of the first gluten-free beers on the market and has won awards at the Great American Beer Festival in 2007, 2008 and 2009.

Redbridge is typical of those beers that strive to taste as much like the real thing as possible. Most testers find it slightly sweet, pleasant, and with enough traditional beer flavor to satisfy the ordinary beer-drinker. A six-pack of bottles will cost approximately $8. 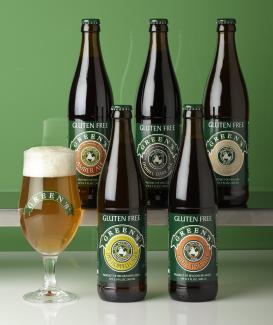 This brewer out of the United Kingdom makes three different Belgian and English-style gluten-free beers that have won many followers for being made in the "craft beer" style of smaller breweries. Discovery is an ale made with sorghum, rice and buckwheat.

Bon Appetit magazine lauded the company's Dry-Hopped Lager, calling it "crisp, refreshing, and fabulously floral." Simply Beer compares their Tripel Blonde Ale quite favorably to the gluten version. A 17 ounce bottle of any of Green's beers costs about $7.

Out of the Ordinary Dogfish Head

Although this smaller brewer's Tweason'ale is not as recognizably "beer-like" as some gluten-free offerings because of strong notes of strawberries and honey, reviewer Food Republic gives it high praise.

Other reviewers, such as celiac blogger Celiac and the Beast agree that this beer is delicious and refreshing, a great gluten-free option for someone looking for a beverage that is out of the ordinary. You will pay about $10 for a four-pack of bottles. 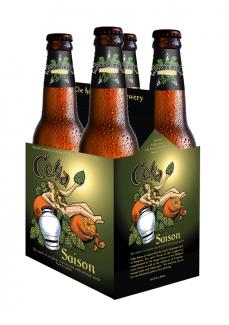 This small brewer turned to the gluten-free beer market after his wife was diagnosed with celiac disease. Made with sorghum syrup and flavored with Celia hops and Curacao orange peel, this beer is described as having flavors of lemon, orange rind, coriander, peppery spice and yeast.

Its off-beat taste may not be for everyone, but for people who want a wide variety of gluten-free beers, Boston.com pronounces this beer as "absolutely delicious." A four-pack of this beer, brewed by The Alchemist, costs almost $11.

The three gluten-free offerings from this brewer vary significantly in taste and style from each other. All three have avid followers, and demonstrated by reviews and accolades sent to the brewer itself.

Depending on whether you like your beer to taste like beer or something more fruity, New Planet has good options. A six-pack of any of the beers costs around $9. In some states, the beer is only available in a four-pack.

Several brewers are making beer through a new process that removes the gluten from traditional barley. United States regulations prohibit these beers from being labeled "gluten-free", and most experts advise against those with celiac disease from drinking them. However, for those who are merely gluten-intolerant or are trying to avoid gluten for other reasons, these beers may be a good option.

This Belgian brewer's beers are hard to find in the United States, but those who do drink and review them seem to love them. Since they are originally made with barley, it is not surprising that these beers taste more like the real thing than offerings made out of sorghum or other gluten-free grains. 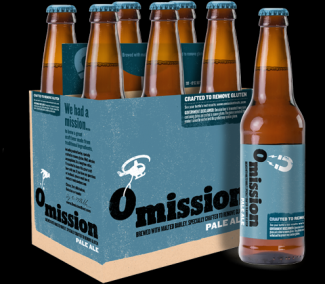 Oregon brewer Widmer Brothers brews two "gluten removed" beers, a pale ale and lager, that are receiving accolades from all who drink them. Because the beers start with barley, people with celiac disease are discouraged from drinking them, even in cases where the beers do test as having gluten levels below those allowable to be labeled "gluten-free". A four-pack of Omission will cost approximately $11.

Traditional beer is made by heating a grain such as barley, rye or wheat, mixing it with hops, water and yeast, plus other ingredients for flavor, and then fermenting it. Generally, the grain provides sweetness to the final beer, hops provide a measure of bitterness to balance out the sugar, the yeast ferments the mixture to make it "bubbly" and other ingredients give each brand and type of beer its unique flavor and color.

For someone with celiac disease or an intolerance to gluten, the barley, rye or wheat in regular beer makes the drink off-limits. About ten years ago, brewers began experimenting with ways to make beer using grains that do not contain gluten and yet still create a beverage that provides the same taste and experience as drinking a traditional beer. The most popular alternatives to barley or wheat include:

As gluten-free beers become more popular, they are likely to become more prevalent in the marketplace too. If you live in a large or medium-sized city, you can likely find many varieties of gluten-free beers at large liquor stores or specialty supermarkets. If there is a particular brand you would like to try, most brands' websites have location features to help customers find a retailer.